An army of people determined to shine the light on the nation’s mental health crisis will march around Victoria Park united as one to remember Nathan Shanahan.

The army veteran and firefighter was a fierce advocate for raising the awareness of the silent battles many suffering post-traumatic  stress disorder faced. In 2015 Nathan walked 400 kilometres for this cause. When Nathan took his own life in December 2015 Mildura firefighter Adam Young was among a group of men determined to continue Nathan’s legacy.

CFA members and Northern Territory firefighters have organised the inaugural Walk Off The War Within. This walk will see firefighters, emergency services and members of the public from across the country walk up to 40 kilometres on April 22. The Victorian walk will be at Ballarat’s Victoria Park and mental health advocates will be there to provide information and support.

“We wanted to try and raise awareness for PTSD – and share that while organisations are beginning to focus on mental illness there is still far too little being done,” Mr Young said.

Walkers will wear a pack to symbolise the weight of depression. Mr Young said organisers had been inspired by Nathan’s own drive to start conversations about mental illness.

“Unfortunately Nathan succumbed to the disease and that is something we are not shying away from,” Mr Young said.

“Nathan was very open about having PTSD and he used his last walk to raise money for groups like Soldier On that support those in need. We want to continue that legacy.”

Nathan’s father John Shanahan will proudly march during the walk both in memory of his son and as an advocate for change.

“The big thing we want to emphasise is that it’s certainly in memory of Nathan, but that it’s also to raise the awareness for anyone else that needs help to seek help.

“We need all workplaces and businesses to become aware of mental illness and to have processes in place acknowledging that mental illness is a genuine illness.” 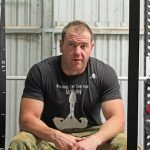 The Man in the GlassUncategorised 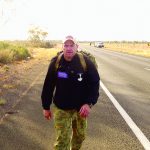